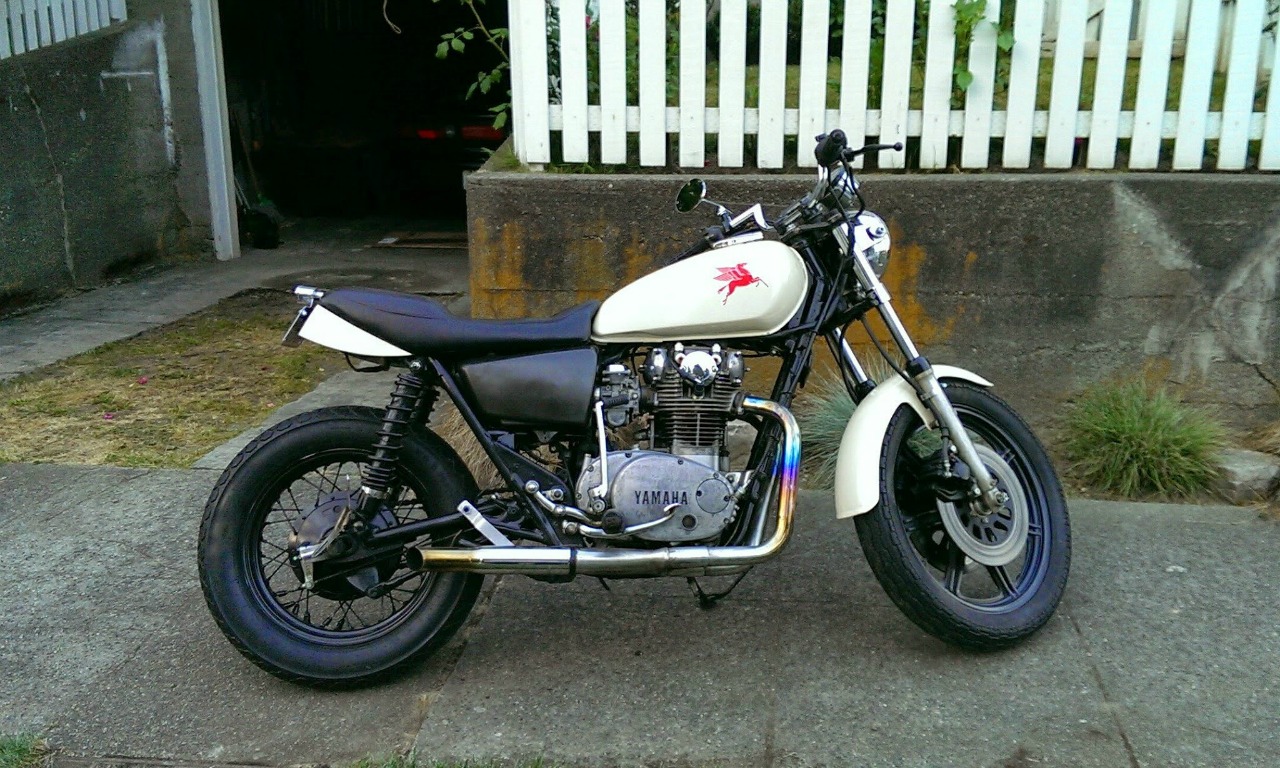 In January 2014, I purchased my first bike, a 1981 Yamaha XS650. The XS had 10,280 miles on it, had been modified over the years, and was in overall good condition. The bike wasn't running when I bought it. The previous owner shared that it had run, but over the year or so that he owned it the bike had stopped running. Unable to get the bike running again, the previous owner put the bike up for sale on Craigslist.

Since purchasing the bike, I've chased down most of the electrical gremlins and have repaired and/or replaced most of the major electrical components (e.g. TCI, coil, battery).

The XS is a work in progress. There are some electrical and engine bugs that I still need to resolve, but the bike runs, turns, and stops. 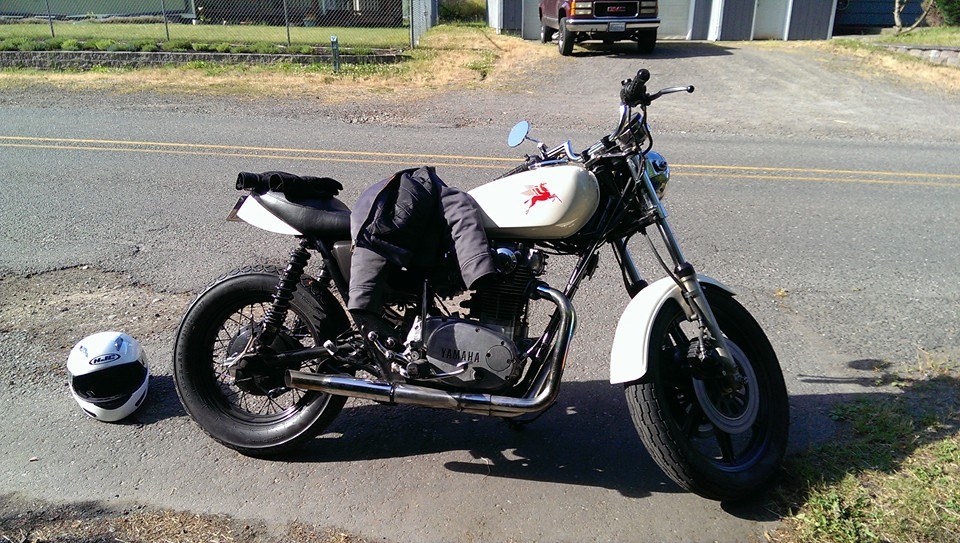 After two hours of riding back-country roads, I got stranded just 10 minutes from home--waiting for my dad and his truck to haul me back home. 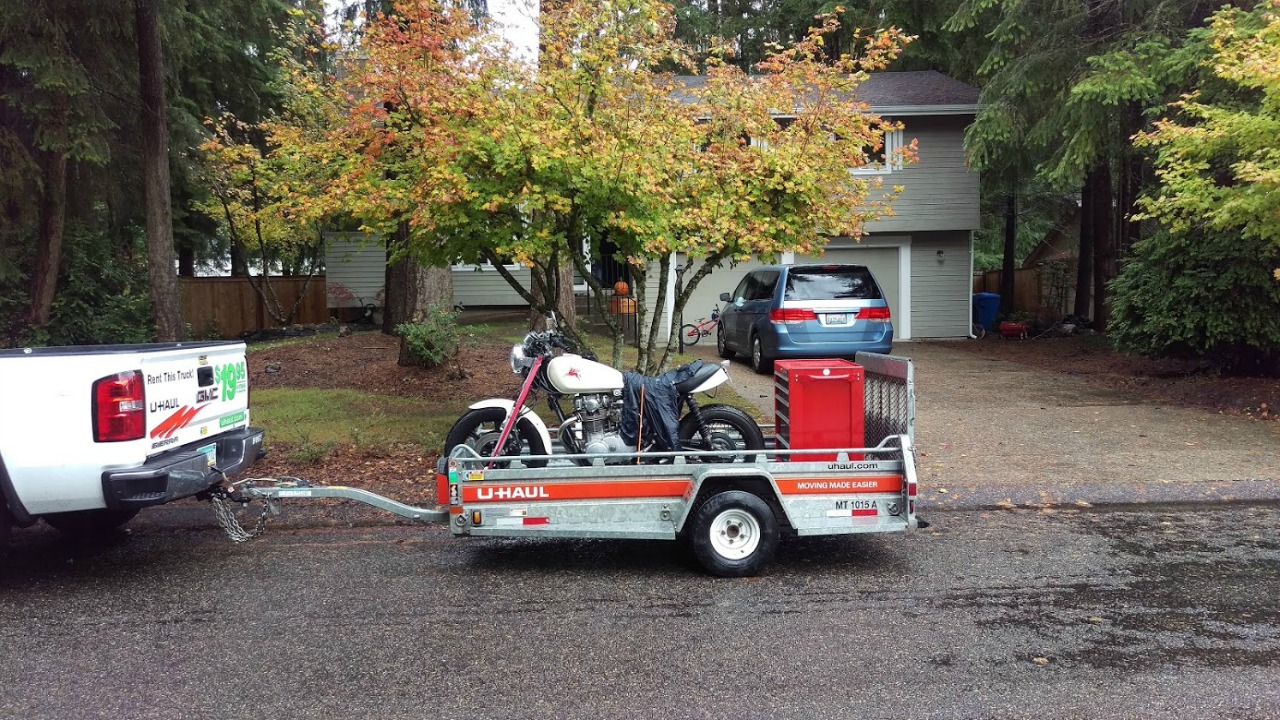 A familiar sight: my bike being towed back home. Clearly I still have some electrical issues to figure out.