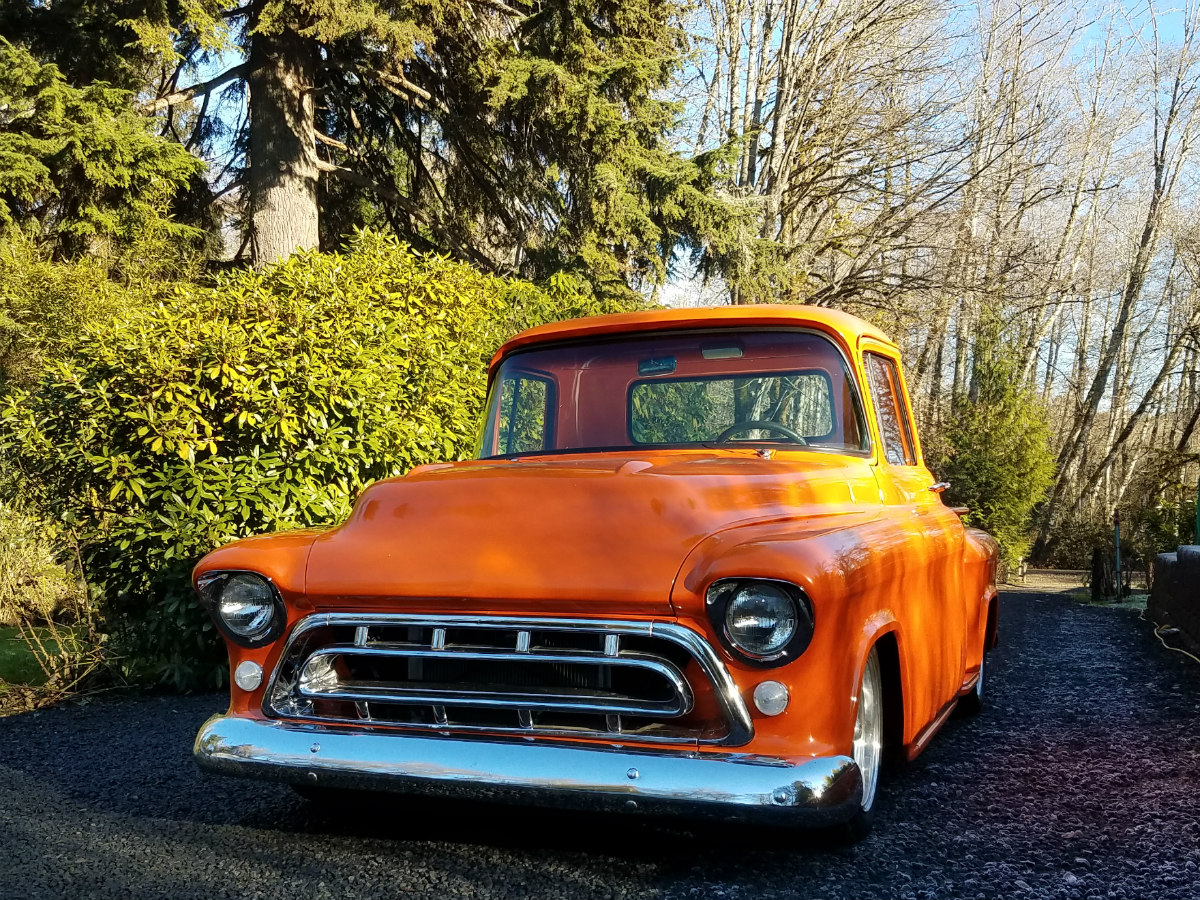 My dad purchased our project truck from one of his co-workers in July 1999. My dad's co-worker's son had started restoring the truck, ended up moving out of state, and the truck had been sitting in a garage in Elma, WA. When we found it, the truck was not running, both doors had been removed, it had 4 different sizes and makes of wheels, the wiring for the entire truck had been removed, the interior had been gutted, the bed wood was rotted, among many other defects and missing pieces. As part of the $800 purchase price for the truck, my dad also got two, non-running Craftsman riding lawnmowers that were in the garage with the truck. My dad later fixed and sold both riding lawnmowers to recoup the purchase cost of the truck.

The restoration started with us removing the bed, cab, and body panels to get to the frame. The front quarter of the truck frame was cut and a 1978 Pontiac Trans Am front clip grafted on. The Trans Am clip was selected for its large power disc brakes, power steering, and larger sway bar. At the rear of the frame, a 1965 Ford Mustang gas tank was installed between the frame rails beneath the bed. The frame was cleaned and painted.

Once the frame work was complete, the cab and bed were re-installed. Patch panels were installed in areas that had been rusted out; the truck's original firewall, gas cap, and bed post holes were filled and shaved; and the tailgate received custom treatment with an embossed Chevrolet logo.

Final body work and paint was done in my dad's shop by a family friend. We scored a deal on a straight '57 grill at a vintage swap meet and had it sent out for re-chroming. The bumpers are reproduction chrome bumpers from Chevy Duty. The American Racing Torq Thrust II wheels and Toyo tires were a high school graduation gift from my parents. I found a front bench seat in the local classifieds and sent it out for reupholstering. In the bed, we chose pine bed wood and chrome furring strips and hardware.

The truck is about 85% complete. Miscellaneous electrical/wiring, transmission lines, etc. still need to be finished before she is ready for the road.

*updated 9/17/2018*
The truck is about 90% complete. Throughout summer 2018, we've been making sporadic yet steady progress on completing the truck.

*updated 11/1/2018*
I had planned on taking the truck on a 10-15 minute shakedown run, however I drove the truck about a quarter mile down the road and discovered that it wasn't shifting into third gear. I turned the truck around and pulled it back in to my dad's shop and discovered that we forgot to hook-up the vacuum actuator. While I was under the truck, I also noticed a leak from the transmission pan gasket and replaced it.

*updated 12/4/2018*
I drove the truck 6 miles today. The truck ran perfectly. The truck feels well-planted. It turned into corners very nicely and the throttle is responsive, even at low speed and RPMs. It's a street truck and the gearing was selected for highway speeds and cruising. While on the drive, I noted a few harsh metal on metal noises while travelling over dips in the road. When we got the truck home and lifted it, we discovered that the driveline had rubbed against one of the crossmembers. I have a spare, smaller diameter driveline that we can swap in before we start modifying crossmembers.

This truck will never be done. Here is a list of things I'm thinking about for the future. 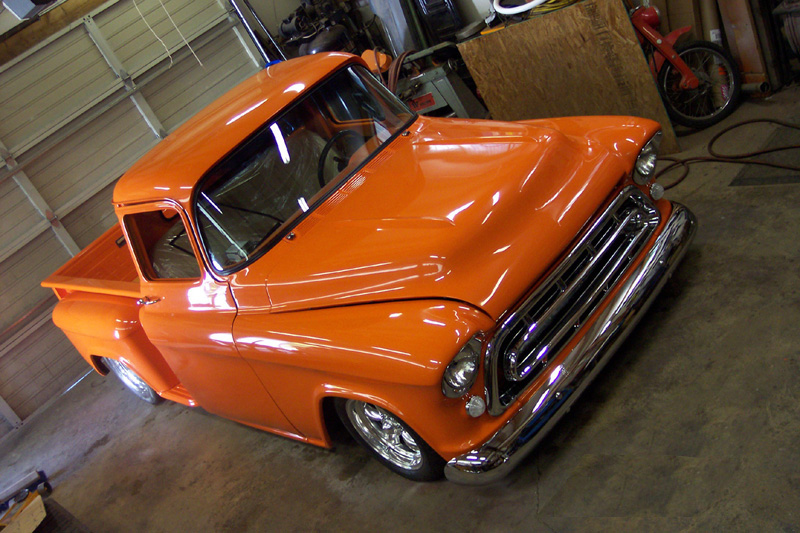